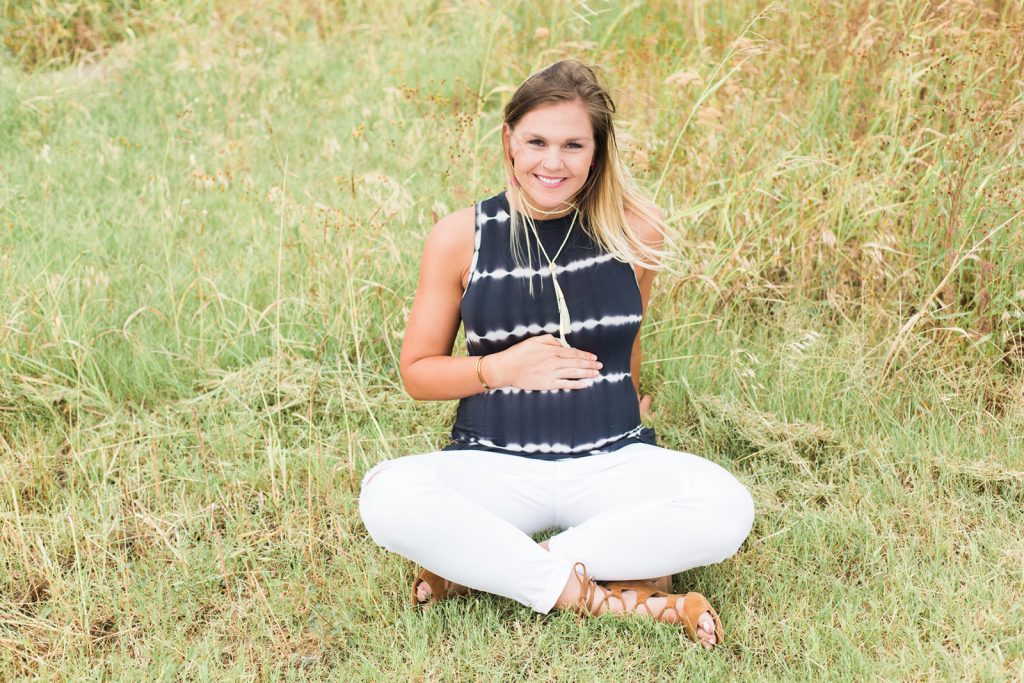 6 months pregnant and the bump is in full force! For the most part, my pregnancy has been pretty smooth. First trimester, I was sick but not super sick. I had to go to the E.R. once because I caught a violent 24-hour bug that was pretty scary! But other than that — it’s been smooth sailing.  I’ve had some cravings but nothing crazy. Just random things like Sonic corn-dogs, lots of sushi and 7-Eleven slurpees!

I do have to say, I don’t think anyone can prepare or fully understand pregnancy until you experience it for yourself. It’s just weird. The emotions that come with being pregnant can be a little overwhelming and sometimes I feel like I’m just losing it! I’m an emotional person already but the feelings I’ve had these past 6-months are borderline cray-cray.

Here are something things I wish I would have known before becoming pregnant:

1. It takes time for your husband to jump on board.
The first time I heard her heartbeat, I had no words. I couldn’t stop listening to the recording, I felt like it was the most amazing thing I had ever heard. Which is a weird feeling in it’s self because I had no idea I would feel the way I do about my baby’s little heart beat. I was overwhelmed with joy. When I asked Jermelle what he thought, he replied with, “It was cool.”  WHAT?! I couldn’t believe he didn’t have the feelings I was having. It’s your daughter too, you know! When she started kicking, I thought my world had stopped! He wasn’t as amused. But over the last month, he’s turned a corner. Once the belly popped, things got real. He talks to her, constantly rubs my belly and will not miss one doctor’s appointment! It just takes time for men to process all that’s going on and what’s about to go down.

2. Life continues even when you feel like it’s paused.
After finding out we were pregnant, I felt like my world had been put on pause. The things I cared about before moved to the side and all I want to talk about is this little growing human inside me. What did I even think about before I was having a baby? Oh no, I am turning into one of “those” moms! But — life does continue and has a tendency to throw huge curve balls when you’re just trying to survive. Within the past 6-months, we became pregnant, started our own business and our house completely flooded. In the midst of being the most tired I have ever felt in my life, I have to be very intentional with my time. Even though I feel like life has been put on pause and everything revolves around the baby — it doesn’t. It’s so hard to focus on other things when you’re pregnant. Finding a balance has been hard but life forces you to figure it out. 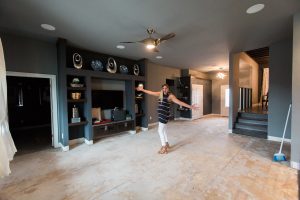 (Our house is getting new floors, baseboards, cabinets, kitchen island and paint. We are currently in a rental. Pray we are back in our house before Ria Grace makes her arrival!)

3. You think you want a bump.
For the first 5 months, I wanted a bump so bad. Since I’m so tall, it has taken me longer than others to look even somewhat pregnant. It was frustrating because I felt like I was fighting the nausea, tiredness and cramping and no evidence of all my hard work! Well, in the last few weeks the bump is on and poppin’. Along with everything that comes with a bump. Hip pain, ligament cramping, lower back aches and itchy skin. I’ve started physical therapy for my sciatica nerve pain because I could barely walk at times! Lesson learned. I love my bump but I think next go around, I’ll enjoy the few months of bump-less pregnancy a little more. 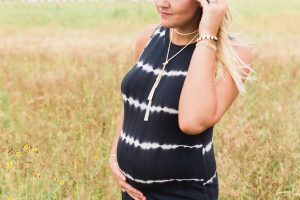 4. The love is a little overwhelming.
I had no idea I had the capability to be so in love with someone who I have never met! I think about her constantly and it doesn’t bother me that she doesn’t feel the same way about me. I am learning that unconditional love comes with so many different emotions. Worry and anxiety are just a couple. Every little cramp and stomach pain (which you have a lot of!) has the capability to throw me into a whirlwind of crazy thoughts and emotions. I have to stop worrying about the things that are out of my control. Taking every thought captive and trusting that everything is going to workout. Because it always does.

I am honored and over-the-top excited to be Ria Grace’s mama. If there’s anything you learned during pregnancy or wish you had known, please share! We want to hear from you!

Great article….congratulations on your “soon to be little bundle of Joy”! Enjoy

I love this! You are so encouraging and I appreciate the “real” talk! You inspire me and I am constantly amazed by how you manage everything! For everything there is a season and I am SO GRATEFUL that you came into my life during the season I was in this last spring! You are amazing and I love you Kandyce!!!!

As much as you love that little sweet pea now just wait until you see and hold her for the first time!!!! I swear my love for my little guy grows every day! So excited for you, being a momma is INCREDIBLE!!! Xoxo

I’m beyond happy for you! I wish I would have known that even if the delivery doesn’t go as planned, it doesn’t mean I’m any less of a mama, or that I won’t have as deep of a connection with my baby. My first was breach and had to be a c-section. I was still under the impression that he would be delivered “normally” until an hour before he was scheduled to be born. I had the doctor try to turn him by pushing on my stomach and “rotating” him. It was super painful. And he still stayed breach. Part of me felt like a failure for having to have a c-section. Because I didn’t get the immediate skin to skin time, I felt like he wouldn’t be attached to me or that I was causing something to be wrong with him. All I had heard about was the importance of skin to skin, and how to breathe and push and everything. But you know what? I still loved him unconditionally. He was still super attached to mama. And he was a healthy baby! Even though things didn’t go as planned, God was still in control and I was no less of a mama.

These same feelings aren’t just true for your first one! 🙂 I wish I would have thought about checking into physical therapy with this pregnancy bc I had the same problem with my sciatica and it was AWFUL! This go around, I too, had lots of challenges including moving and switching doctors in the middle of my pregnancy. I am an emotional person too, but usually I can at least control my emotions a little better but oh my goodness! You add in all the curve balls and goodbye control! I’m sure God has an entire lake of just my tears in heaven!!!! Haha!! As much as your world has changed now, its about to change even more once Ria makes her arrival, but it will be a wonderful change! Good luck and blessings on your delivery!!!!

One thing I learned from (after) my first pregnancy is that you don’t have to be all consumed with eating enough and eating the “right things” during that first trimester (or so) of nausea. Eat what tastes good to you. Snack a little bit all of the time so you don’t have an empty stomach but don’t worry about getting all of the correct nutrients. Nature has a way of making sure your baby gets everything he/she needs and once the nausea is over you can really make up for lost time (and meals) and eat the good stuff your baby needs.